Chris Corner of IAMX has no time for the nostalgia industry or the social media zeitgeist industry. Corner’s into deep sonic auteur territory now; he’s starting to remind me of Orson Welles, in that he played the industry game once with Sneaker Pimps and now it’s going to be obscure, personal albums with IAMX from now on. Corner and IAMX have a small, but intensely devoted audience of the types of people you would have seen pressed to the front of a Depeche Mode stage circa “Music For The Masses” where music is life writ large, rather than momentary distraction. This puts me in a good mood. Corner was thinking of packing it all in, due to mounting personal issues and crises, but as is the case with so many artists (from Bowie to Scott Walker to D’Angelo), this instead resulted in a new wellspring of creatvity. IAMX broke a no-press vow to speak with MOVEMENT about his new work, Metanoia.

I know you’ve been asked this, but it’s too intriguing to pass up especially as we’re virtually chatting on the eve of another album’s release. You thought about giving up music? Tell me about that. And tell me about how that, ironically, led to a new body of work instead.

Yes. A little over 2 years ago I went through a difficult period. Cutting a complicated story short, after years of stress and overwork I stopped sleeping.

It started as prolonged jet lag but continued into full blown chronic insomnia. Every day became an existential battle and I feared for my future. At the peak I was getting an hour a night for about 5 weeks. I had panic attacks so intense I thought I was going to die. It was ridiculous. I got help and was diagnosed with depression, anxiety and chronic insomnia.

It’s taken a long time to get back to some kind of normality and be able to function properly again.

In the midst of what I now call my ‘breakthrough’ I believed that my music was a trigger. That it was the cause of the psychological turmoil. That it exposed emotions and issues about the world that I wanted to bury and not think about. I thought it was hurting me.

I now see the reality, that my music nourishes and cleanses me. It releases the negativity and unlocks the rumination and suffering that rots you if it’s internalised.

I had a lot of therapy. I took baby steps back into writing and performing. An acoustic show, a few low key local club shows. I listened to the music I loved as a child.

In time I found myself making a new record and having a lot to say, specifically about my illness. It was a seminal moment to be able to finish new work. I felt liberated and relieved that I could continue to do what I love. It’s a rebirth.

That’s why the album is called Metanoia.

What are the current tools of your songwriting/recording trade?

A computer, an acoustic guitar and a piano . Always has been, always will be.

You’ve traded in Berlin for sunny LA. How do you pass the time outside of music stuff there – I remember always finding Morrissey’s descriptions of his LA life endlessly charming, talking about listening to BBC broadcasts on tape in his convertible, etc.

I have grown to really love LA. There was a time when I would pass through, skim the surface and interact with a lot of drugs and a lot of terrible people. That gave me a very narrow picture of the city. I hated it. It seemed shallow, cynical, ruthless.

I have completely changed my opinion. I see it as an unadulterated celebration of the freak. The outsider is revered. There is an atmosphere of limitless potential. It’s oddly similar to Berlin. In the sense that it is an artistic orphanage. A sanctuary for the world’s talented misfits. LA is like Berlin with sun and money.

I love looking at the architecture. Wandering through the hills and stumbling upon modernist masterpieces.

Driving through the city at night with the smog soaked palm trees swaying in the breeze. I live in a movie.

And I actually have friends now. I was very reclusive in Berlin. I found it difficult to connect. The LA people are curious and complimentary, that helps soften my social anxiety.

Tell me about how Metropolis treats you – art, packaging, formats for releases, tour support, etc – is it a collaborative relationship or what? The artist/label dynamic seems to be more in flux now than ever.

We have always been fiercely independent so if we do get into bed with a label we maintain a high level of control over the content. The last two albums we released ourselves and that was an intense learning experience. Half rewarding, half nightmare. With the new record we decided to combine a Pledgemusic crowdfunding campaign with a label deal, which is a relatively untested way of releasing a record. We have a history with Metropolis Records and the relationship is very good. There’s no bullshit. The head of the label Dave Heckman is a good man and supports unusual artists. I respect that.

The music industry is so fragmented and specialised now – it’s like the Wild West. Everybody is scrambling to find the right formula. You have to be adaptable and have high standards. We stay close to our fans and work with them in keeping the project alive. We try to be transparent and honest when we need money and we try to give as much high quality output in return. It’s a simple exchange.

Another tasty morsel I’ve read in relation to you and your new songs- When you say that IAMX is like “public therapy,” tell me how that relationship exists in terms of songs on the album, and/or how you approach playing personal material like that live….

Any public person is in that position because of a need to either express an extroverted sub personality or a need to battle a fear of being judged. It’s a desire to be accepted for who you are.

I am generally a shy person but I am multi dimensional like we all are.

I started IAMX as a way to selfishly explore the more arrogant, aggressive, overly emotional side of my character.

I found it refreshing to dress up, paint my face get on stage and then publicly tear myself apart. The live shows are about showing the bizarreness and beauty of the whole thing. Sweating, screaming, crying, laughing, dancing.

An IAMX show is one long communal orgasm.

For your upcoming shows/tours, who are you collaborating with in developing the stage setup, projections, etc? What do you have in mind?

The live lineup will be me (vox,keys,guitars), Janine Gezang (bass,keys,vox), Sammi Doll (keys,vox), Jon Siren (drums). The production on the records in the past has often been multilayered and complex, combining organic sounds with electronic, so translating it live was always a lot of work. This time I’ve kept the sound of the album strictly electronic or sample based.

It was an exercise in simplicity and purity. This is how the new live sound will be. The focus on synthesizer performances and loop machines. Adding the live drum kit for energy and dynamic but keeping it in the dance music realm as opposed to rock.

These days I’ve also become more fascinated with video making. I cut all the live videos and the electronic approach is always complimentary to visuals. The combination of visuals and atmospheric lighting is intended to make the show as dark, clubby and theatrical as possible. That’s what the music demands.

One interesting thing I’ve noticed about you is that you really don’t court blogs or print publications….. How do you communicate to your audience beyond the body of songs? They seem to follow you wherever you may go creatively.

Which is really unfair I know, but it’s just my reflex. It’s an unfortunate situation because

it doesn’t help when I’m trying to get my music heard.

It’s no doubt a reflection my own deep insecurity. I think people hate me when they don’t and are criticising me when they aren’t.

Plus, I’ve just never been cool enough for the press anyway. So I guess we’ve had a mutual disinterest.

Do you ever get worried that the songwriting well will dry up? I know Nick Cave now purposely treats it like a 9 to 5 now – I think when you get out of your 20ss you get less starry eyes about the nature of your creativity and become more pragmatic about it…. For that matter how do you preserve your voice….
I worry that the music won’t let me rest. As long as I can remember I’ve had ‘the radio’ in my head. I can’t turn it off.

It’s compounded by the fact that I produce my records, I have another level of imagination going on. I can’t listen to music without the inevitable breakdown of the parts. The bassline, the drum sound, the vocal fx. I can’t imagine a day that I won’t be hyperaroused by it. I guess I should be thankful for that. It seems a little tragic that some treat it like a 9-5 job. Surely that defeats the purpose of having the freedom of an artist’s life.

Do you enjoy recording? Do you use the studio as a creative/composition tool?

Yes I adore studio work. I use production as my creative tool. Sounds will often lead me into ideas.

It’s important to create an atmosphere. I want each song to be another world. To carry me away.

How amazing art is that it transports us into another world. How music can make you feel and understand on a deep level without thinking. The studio, just like stage, is where I disappear and transcend myself.

I’ve picked two songs – if you wouldn’t mind pulling back the curtain and talking about them sonically or lyrically or how they were birthed…. “Happiness” and “The Background Noise.”

Happiness was the last song to be recorded.  The album was pretty much complete but I felt something fundamental was missing. The irony being that the afterthought became the first single.

One of the symptoms of depression is an addiction to rumination. The vicious cycle of negative thinking that strips us of energy and desire. It is precisely our obsession with working out what makes us unhappy that makes us unhappy. In this case, my own preoccupation with corruption and hypocrisy in the world is a recurring theme that is very difficult  for me to let go of. Writing about it becomes part of my therapy. All songwriting is therapy. This is just a little more specific.

Happiness describes a period in my life when I couldn’t let go. When I isolated myself in Berlin and fell into a dark hole that took me two years to get out of.
Ah….The Background Noise.

I have an uncle who I’m very close to and I’ve watched his life recently. He split up with his wife and kid, he lost his job, he drinks too much. He is always searching. I imagined a story of the perfect guy with his perfect life, his big house and car and how my uncle was this guy, but despite having it all he was haunted. We trick ourselves into believing that these kind of props in our modern society will complete us. Then we wonder why we don’t feel right. We know

the answer is not in trophies, that it comes from within but we are afraid. We don’t know how to access the inner strength. 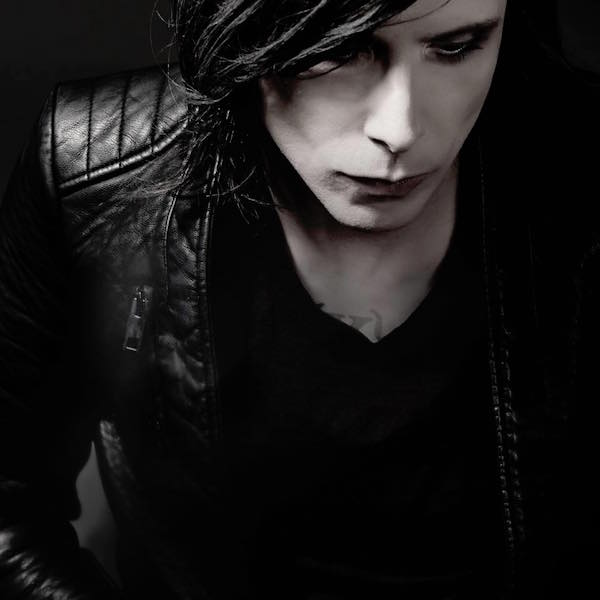