Love Amongst Ruin’s new album ‘Lose Your Way’ out now

New York, NY (July 1, 2015)  Love Amongst Ruin has released its sophomore effort, Lose Your Way via Ancient B. Fronted by former Placebo drummer Steve Hewitt, the band teamed with AllMusic last week to give fans an early listen to stream the album in its entirety online.

Purchase/Stream Lose Your Way at:iTunes: http://smarturl.it/LoseYourWayAmazon http://smarturl.it/LYWamazonSpotify: http://spoti.fi/1LGbi5ORdio: http://rd.io/x/QXplGSII23w/
The title track is a dark, confident slab of rock noir at its finest (I cant believe you killed the word of beauty, Steve wails like a suave rock Dave Gahan). The video is wracked with decay; food, flowers, paintings and buildings all decompose and crumble, only to be reborn with added life and energy. It’s Love Amongst Ruin in a nutshell: a brilliant rejuvenation from the dust.

Billboard recently premiered the video for second single “Modern War Song“, a battle-cry of questions from a soldier at war.  Billboard called the track, “An introspective quasi-ballad propelled by Hewitts soft voice and reverberating guitars.”

View / Share the videos below:”Lose Your Way”: https://youtu.be/GMeZv5vvG3s“Modern War Song”: https://youtu.be/gXjTbPKZCYA
Lose Your Way is an album from an artist over the hump; head high to the future and all engines gunning. Launching LAR had been an emancipating process for Steve, a mission to prove his musical worth not just to the legions of Placebo fans avidly waiting to see what he’d do next but also to himself. With its twists of New Order/Depeche Mode electronica, Can / Kasabian motorika, Cure atmospherics and heavy Metallica riffs, Love Amongst Ruin has firmly positioned him as an alt-rock contender in his own right. It’s an album with tighter songs free of the bitterness and bewilderment that had driven the debut. It’ll also be no surprise to find The Cure’s Perry Bamonte on live bass duties come the tour. 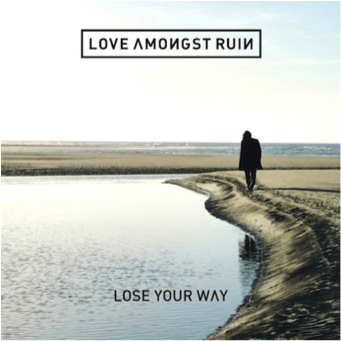