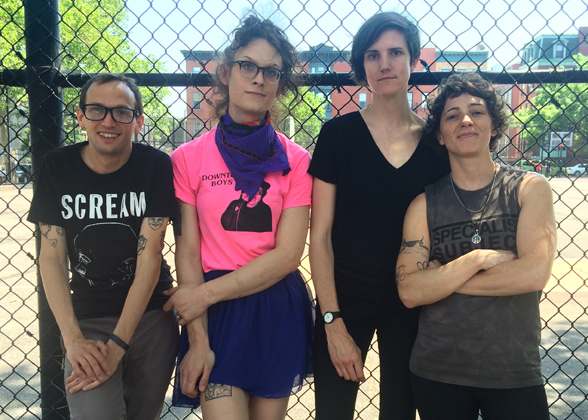 Worriers’ highly anticipated debut full-length effort Imaginary Life, will be released August 7 via Don Giovanni Records. Produced by Laura Jane Grace of Against Me! and recorded & mixed by Marc Jacob Hudson (Saves The Day, Against Me!), the new record reinforces the powerful punk prowess that fans have come to expect from Lauren Denitzio. Imaginary Life is a collection of fast and infectious guitars, anthemic lyrics, and unyielding vocals. In support of the release, Worriers will play a special show at Brooklyn’s Knitting Factory on August 7 with support from Adult Mom, Fleabite, and more. Tickets and more information on the show can be found here.

Imaginary Life reinforces Worriers’ formidable voice, resonating stronger than ever in both sound and message. Driven by percussive guitar & biting lyrics, “Yes All Cops” emphasizes the fact that white silence = white violence, especially in the wake of recent murders by the police.