Slim Twig’s New Album, Thank You For Stickin’ With Twig

OUT TODAY ON DFA RECORDS

ON TOUR THIS FALL

Slim Twig’s new album, Thank You For Stickin’ With Twig, is now available to stream in full to celebrate its release on DFA Records today. The 40-minute stream consists of visuals and lyrics synced to the record as it plays with an introduction and a few interludes narrated by Twig himself. Thank For You Stickin’ With Twig is the most sonically immersive album in Twig’s discography to date. Where some records have focused explicitly on sample-based songwriting, while others have been completely live-recorded, the new album arrives at a perfectly produced fusion of fidelities. It hovers, glamorously caught between a cloud of obscurant, half-speed tape hiss, and the most stoned Jeff Lynne production you’ve ever heard.

Opening cut and lead single “Slippin’ Slidin’” establishes itself as a cock rock analogue to Kanye West’s similarly phallic “On Sight,” the bravura Yeezus introduction. We are welcomed by a blast of synth noise, soon followed by sexually agitated lyrics (supported by Meg Remy (U.S. Girls), whose vocals are featured prominently on much of the record) atop a deafening beat, distorted and sleazy. The immensity of the production (achieved in collaboration with co-producer Anthony Nemet and mixer Steve Chahley) represents an evolution of Twig’s approach, sustained at a fever pitch throughout the album.

“A Woman’s Touch (It’s No Coincidence)” sounds like a fusion of dub and baroque pop as played by the cartoon band in the Yellow Submarine movie. “Live In, Live On Your Era” is consciously styled as the most “retro” sounding cut on the album (Jimmy Page leads and all). The opening on “Roll Red Roll (Song For Steubenville)” is the most tranquil, dreamy instrumental passage on the record but is harshly interrupted by a mass of pitch-shifted martial drums and wildly panned, distorted fuzz lines. “Fog Of Sex (N.S.I.S.)” is a cinematic fusion of plastic soul and flute score-for-horror-film. The album closes with a triumphantly grandiose cover of Serge Gainsbourg’s instrumental “Cannabis.”

Slim Twig’s latest modulation of voice is to re-contextualize an era of ambition in produced rock music, dislodging the hackneyed and clichéd in the process. Sonically and politically, his aim is to be a rock n’ roll subversive in an era where that claim should rightfully be made by luddite cave-people. He’s sized up rock n’ roll, and determined it seems as good as any other vessel to commandeer for his creative impulse. Power to him. Rock may be dumb as a stone, but even so, now and then it’s smart to be dumb.

STREAM SLIM TWIG’S THANK YOU FOR STICKIN’ WITH TWIG:
https://www.youtube.com/watch?v=_rmjVGE01pM&feature=youtu.be

*more dates to be announced soon 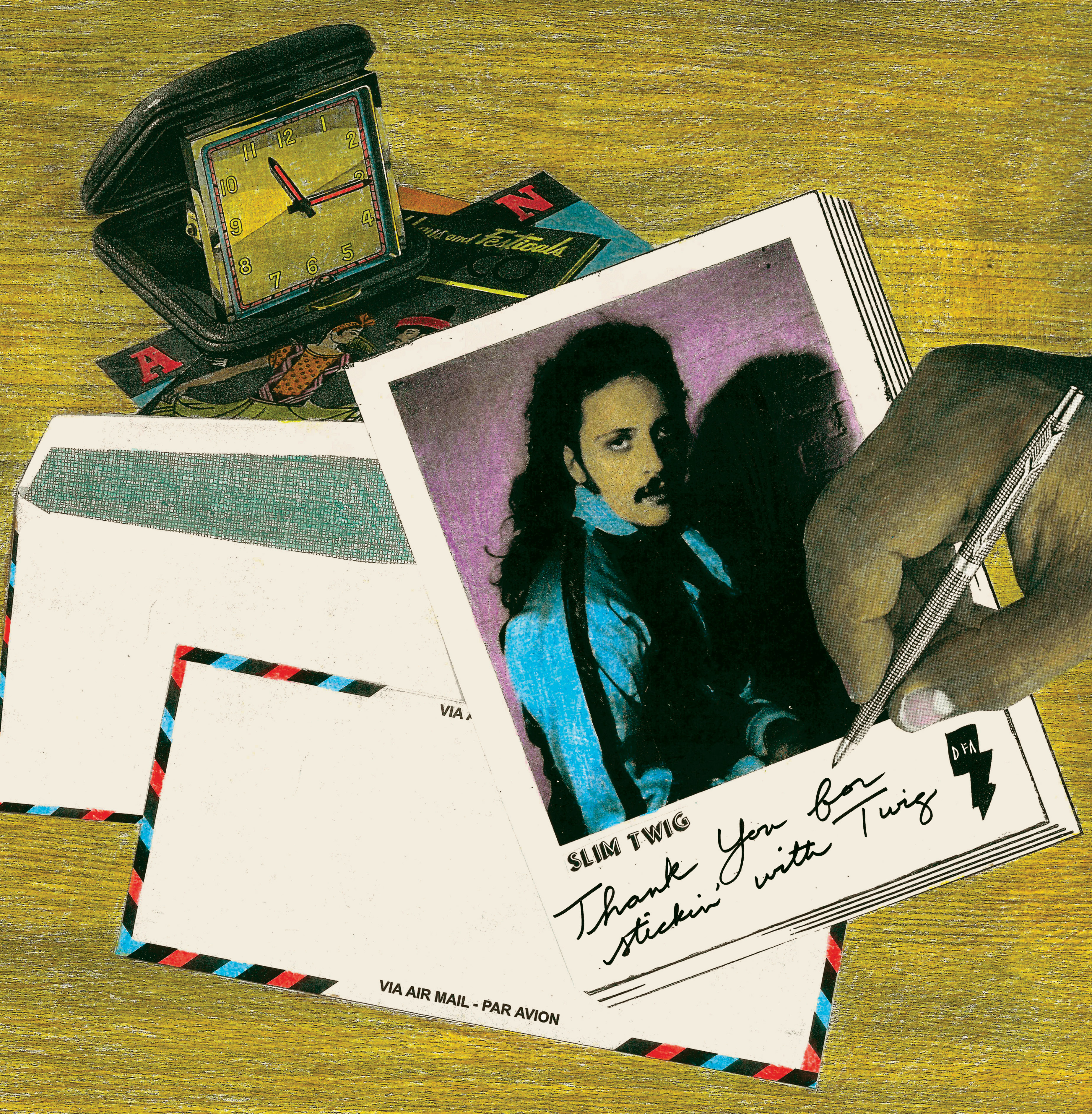